Weathering With You drops to 4K UHD in January

For fans eagerly awaiting the release, the official site of the anime adaptation project based on the popular otome game franchise from Idea Factory Hakuoki released a new visual for their upcoming three-part OVA (Original Video Animation) series. This striking visual is newly drawn by the original character designer of the franchise Yone Kazuki, which has been working on the franchise since its first PS2 game released in 2008. 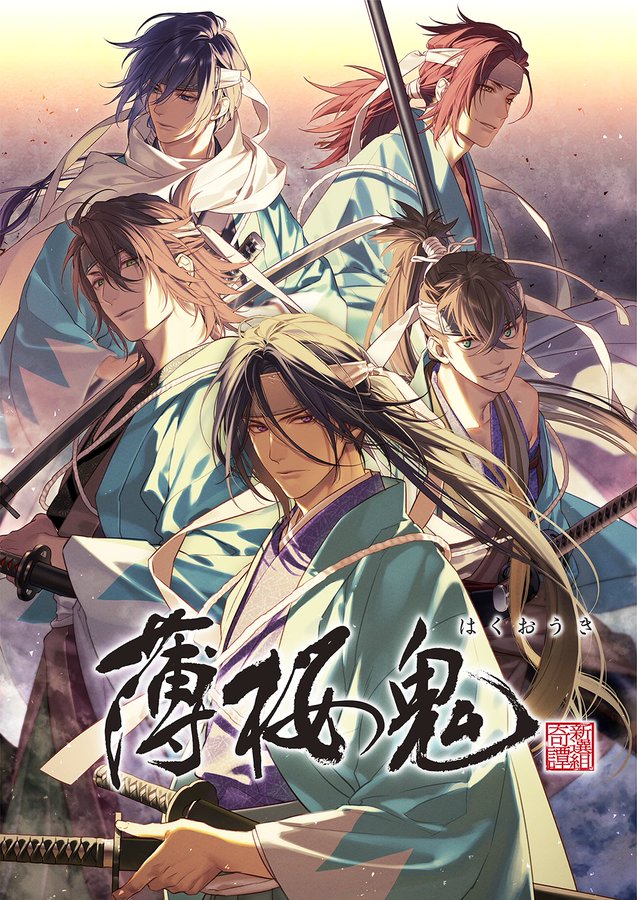 The first volume of the new OVA series, “Tsubana Nagashi, Kumogakure no Toki” (South wind in early summer, time to hide in the clouds) will be released on December 24, 2021, then the second volume “Yoiyami, Yuugao Bettou no Tou” (Twilight, the light of the sweet potato sphinx) “and third volume “Hoshimukae, Unkan no Shirabe” (Home of the stars, the sound of the Milky Way) will follow on January 28, 2022 and February 25, 2022.

Ahead of the release, an early screening of the first volume is scheduled at the Ikebukuro HUMAX Cinemas in Tokyo on November 13, 2021. Its discussion session by the cast members will be broadcast for free on NBCUniversal’s Official Anime / Music YouTube Channel.

Chizuru Yukimura, who came to the city of Kyoto in search of her father, has been working with the Shinsengumi since she was rescued from a blood-seeking monster. Then, in June of Keio’s first year, the Shinsengumi moved to Nishi Honganji Temple to continue their Kyoto patrol, and received reports of the frequent appearance of “bandits who take the name of Shinsengumi.” At the same time, Shinsengumi is ordered. to protect Shogun Iemochi who will travel to Kyoto, and Hijikata and the others are in a hurry to solve the case.

Meanwhile, several rasetsu escape from Shinsengumi’s post with the help of “a Chizuru-like figure”. In addition, Chizuru, who had traveled to town with Sakai, the treasurer, is drawn into the fray and disappears. Satsuma’s Domain receives information about a plot to assassinate the Shogun by the ronin of Tosa’s Domain, and Kazama and the others head to Kyoto. Are the various incidents surrounding the Shinsengumi a coincidence? As everything becomes chaotic and the time until the arrival of the Shogun in Kyoto approaches, Hijikata and the Shinsengumi must decide …

Previous Yashahime Season 2 English Dub Coming to Multiple Streaming Services
Next What should investing for retirement look like in a low-interest world, Ms. Watanabe?

With over 70 percent of Japan now fully vaccinated, special offers including travel discounts of …